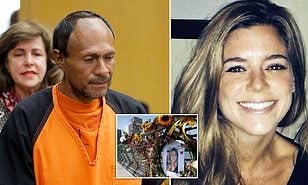 The illegal Mexican immigrant who was acquitted in the 2015 shooting of 32-year-old Kate Steinle on a San Francisco pier, after having been deported five times, has pleaded guilty in federal court to possessing the gun that killed her, in a case that outraged the nation, Your Content has learned.

Jose Inez Garcia-Zarate, 51, pleaded guilty on Monday to two counts of illegal gun possession in connection to the 2015 shooting of Kate Steinle.

He was accused of fatally shooting Kate Steinle in the back as she walked along Pier 40 with her father and a family friend.

He was acquitted in 2017 of various charges including murder, but federal prosecutors charged him with illegally possessing a firearm.

The case catalyzed an intense debate over immigration policies and sanctuary cities, which limit local cooperation with federal immigration authorities,‘according to NBC5.