Ex-convict, 41, accused of kidnapping Nevada woman Naomi Irion, 18, ‘refuses to speak’ in custody but family say they have been ‘assured’ there’s no reason to believe she has been harmed
E 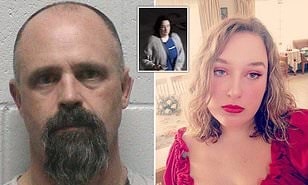 The family of 18-year-old Naomi Irion – who has been missing since March 12 – said the ex-convict who has been arrested on suspicion of kidnapping the Nevada teen is refusing to talk while in custody, Your Content has learned.

Irion still has not been located and the search for the teen continues.

Her family say they have no reason to believe Irion has been harmed.

Driver has a criminal record in California, which includes convictions on charges of accessory to a murder, robbery and burglary.

In 1997, Driver, then aged 17, helped dispose of the body of murdered 19-year-old meth dealer Paul Rodriguez.

Driver pled guilty and was sentenced to 15 years in California state prison but was released after 12 years,‘according to News2.