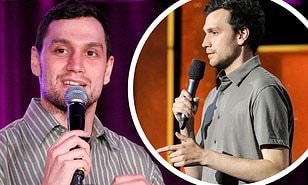 Canadian comedian Nick Nemeroff has passed away at the age of 32, his family announced on social media Monday, Your Content has learned.

Nemeroff had made appearances on Conan and Just for Laughs in his career.

His cause of death was not immediately clear.

A number of colleagues paid memorial to Nemeroff in the wake of the sad news,‘according to The New York Post.