By Your Content Staff
Modified 9 hours ago
November 22, 2022
Featured 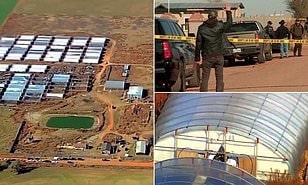 Four people were found dead and another injured after being held hostage at an Oklahoma marijuana farm, Your Content has learned.

Police are investigating a quadruple homicide at an Oklahoma marijuana farm in Kingfisher County.

Deputies responded to a call about a potential hostage situation on Sunday night and arrived to discover four people dead, and one alive with gunshot wounds.

The surviving victim was shot twice and airlifted to a hospital. It’s unclear how seriously injured they are.

Police said the victims and the suspect are all Asian, and the shooting was an isolated incident. No arrests have been made,‘according to New York Post.