By Your Content Staff
Modified 7 hours ago
November 22, 2022
Featured 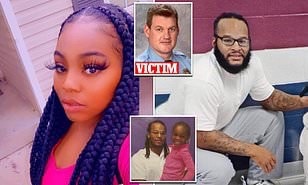 A 19-year-old woman in Missouri has asked a federal court for permission to watch her father receive a lethal injection despite a state law preventing under 21s from witnessing executions, Your Content has learned.

Kevin Johnson, 37, was sentenced to death for killing a police officer in 2005.

His 19-year-old daughter has asked to view his execution in Missouri this month.

ACLU says preventing under 21s from watching executions is unconstitutional.

Corionsa Ramey was two when her father was put in prisoned for the killing.

She developed her relationship with her father through visits, calls and letters.

Johnson’s execution would be the first of three in the coming months in Missouri.

Sixteen men have been executed in the US this year – three happened last week,‘according to FOX.