By Your Content Staff
Modified 5 hours ago
November 22, 2022
Featured 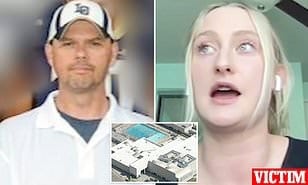 A former football coach who hid a camera in a girls’ locker room at a Southern California high school has been sentenced to over nine years in prison for producing child pornography, Your Content has learned.

David Arthur Riden, 53, who worked at the Rancho Cucamonga, California, high school secretly placed a camera inside a girls’ bathroom at the school.

The man took photos of 21 students inside the school’s restroom.

At the time of his arrest, he was found in possession of more than 600 images of child sexual assault.

He will have to register as a sex offender after his release from prison,‘according to FLIPBOARD.