Is he FINALLY chasing older women? Flirty Leonardo DiCaprio, 48, parties with 27-year-old models Rebecca Donaldson and Lilia Weddell – after being linked with Gigi Hadid, 27 – following years of mockery for never dating women over 25
I 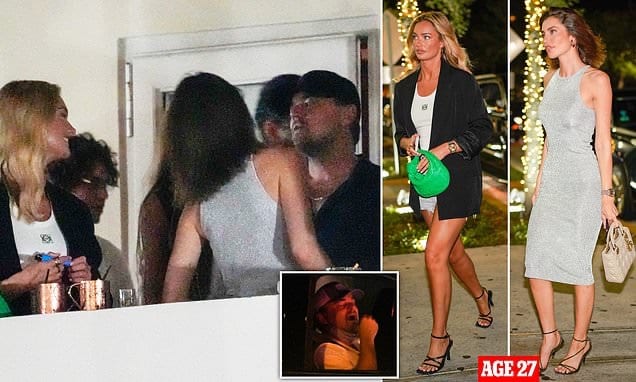 It appears that 48-year-old actor Leonardo DiCaprio may finally be ready to move on from his infamous ‘under-25 club’ of romantic interests, Your Content has learned.

The actor, 48, was seen partying until 4AM with two 27-year-old models.

Leonardo was recently linked to 23-year-old Victoria Lamas but she was not seen.

He was previously rumored to have been dating Gigi – one of the first women aged over 25 who he has been linked to,

Leo broke up with long-term model girlfriend Camila Morrone in August, months after she turned 25,‘according to WESTPOST.