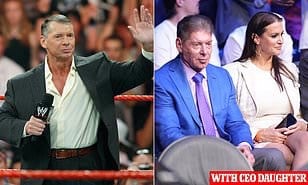 WWE founder Vince McMahon is said to be plotting a comeback to the company following his retirement over the summer amid sexual harassment allegations.

Sources said McMahon plans to bring back two former presidents with him, which would result in three current board members stepping down.

His daughter, Stephanie McMahon is the acting chairwoman and co-CEO.

McMahon, who owns the majority stock, allegedly sent a letter to WWE in December explaining his plan to return in order to broker a media-rights sale.

Sources said the board was open to the idea of selling, but it unanimously claimed that McMahon’s return was not in the best interest of shareholders,‘according to The U.S. SUN.