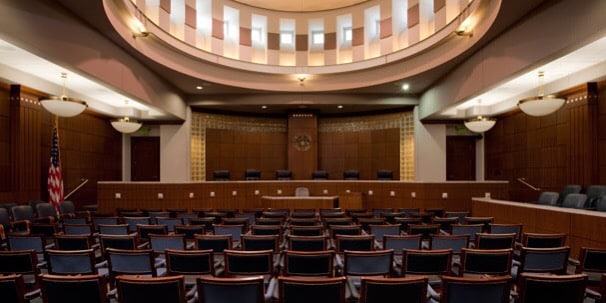 Investigators learned that Piggie would be receiving a large shipment of cocaine and that Siffre was to purchase a portion of this shipment. Search warrants were executed at Piggie’s residence and at Siffre’s drug houses on Jan. 5, 2014.

Piggie was armed with an FNH semi-automatic pistol with an extended, 30-round magazine when officers entered his residence. Piggie and his supplier, co-defendant Jesus M. Frye-Santoyo, 31, of Kansas City, Kan., were found hiding in the garage and were both arrested.

Investigators recovered six kilograms of cocaine and approximately $185,000 in drug-trafficking proceeds from Piggie’s residence. Investigators also recovered four other firearms during the search of the residence, including a loaded AK-47 assault rifle beneath a sofa in the living room, a loaded Desert Eagle 9mm pistol under a sofa cushion in the living room, a Ruger 9mm pistol with an extended magazine in a backpack under the kitchen table and a loaded FNH pistol on the floor in a bedroom.

Piggie’s criminal record details a lengthy criminal history that is characterized by drug distribution and the possession and use of firearms, including two prior convictions in federal court for being a felon in possession of a firearm. A months-long investigation of Piggie and his co-conspirators included numerous controlled purchases and the use of wiretaps.

Frye-Santoyo was sentenced to 10 years and 10 months in federal prison without parole after pleading guilty to his role in the conspiracy.

Piggie, Siffre and Frye-Santoyo are among 18 co-defendants who have been sentenced in this case. Co-defendant James Caldwell, 39, of Kansas City, Mo., has pleaded guilty to his role in the conspiracy and awaits sentencing.

This case is being prosecuted by Assistant U.S. Attorneys Brent Venneman and Jeff Q. McCarther. It was investigated by the FBI, the Kansas City, Mo., Police Department and U.S. Immigration and Customs Enforcement’s (ICE) Homeland Security Investigations (HSI).