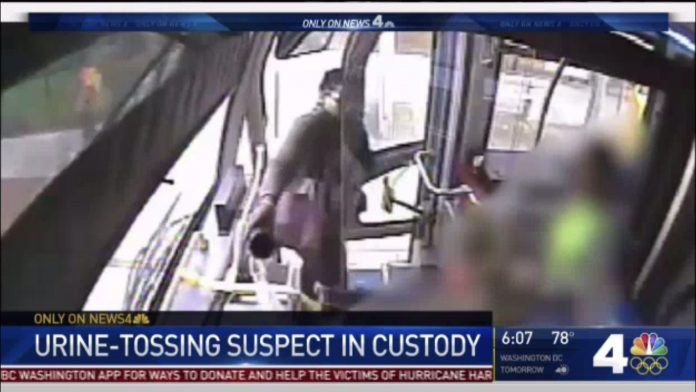 WASHINGTON, D.C. (NBC4 DC) – The woman who confessed to throwing a cupful of her own urine on a D.C. bus driver who she said was rude to her appeared Thursday in court, where a judge ordered that she undergo a mental health evaluation.

Opal L. Brown was formally charged with assault Thursday afternoon, and pleaded not guilty. The judge was required to release her because the charged was a misdemeanor, not a felony.

Brown — who called News4 early Wednesday to tell her side of the story — covered her face outside the courthouse on Thursday, and refused to speak with reporters.

Her pastor attended the court appearance with her and said the case falls at the intersection of Brown’s mental health problems and those of a troubled transit system.

“There has been exhibits or challenges before, but we’ve worked through them, and we pray, with the grace of God, we’ll work through this as well,” said Pastor Robert Clemetson of Redeeming Love Church in Bowie, Maryland. “More importantly, we pray for the bus operator who was affected by this.”

The female bus driver who Brown doused in urine has not returned to work since the attack Saturday, a Metro spokeswoman said Wednesday.

Many members of the large Metro workers union Amalgamated Transit Union Local 689 attended Brown’s hearing. They called for tougher penalties for anyone who assaults a bus driver.