Marple: Hallucinating & man says intruder had gun pointed at him, but police say no
M 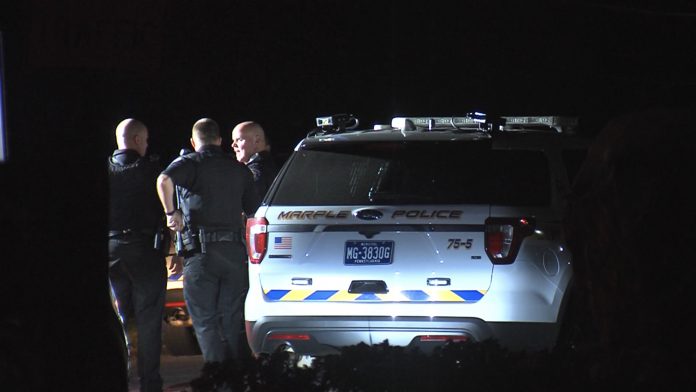 MARPLE TOWNSHIP, Pa. (YC) – A reported armed home invasion drew nearly one dozen law enforcement officers outside a Marple Township residence, but there was no intruder — the man who lives there hallucinated, sources told us.
Marple Police responded to the 100 block of Malin Road Wednesday morning for the possible armed home invasion in progress.
The resident texted a friend, advising him that he saw someone outside of his window after hearing a crash and someone screaming.
The friend immediately called 911 just after 1:00 a.m., telling police exactly what the friend was texting.
The dispatcher then informed police that the complainant told her that he received yet another text, this time stating that there was somebody possibly in the house.
When the first units arrived, the dispatcher informed them that the complainant stated there was somebody in his bedroom pointing a gun at him.
Given the quiet neighborhood and reports of an armed home invasion in progress, various news vans arrived moments before the ambulance — only to find out that the complainant was hallucinating and the ambulance was there to transport the complainant to the hospital … for an evaluation.
Sources told YC that they heard laced marijuana was being sold throughout Marple Township.
As for the complainant, turns out he called the police on himself.