SAN FRANCISCO, Ca. (YC) — According to preliminary reports, a woman was found dead in a lavatory on a United flight. 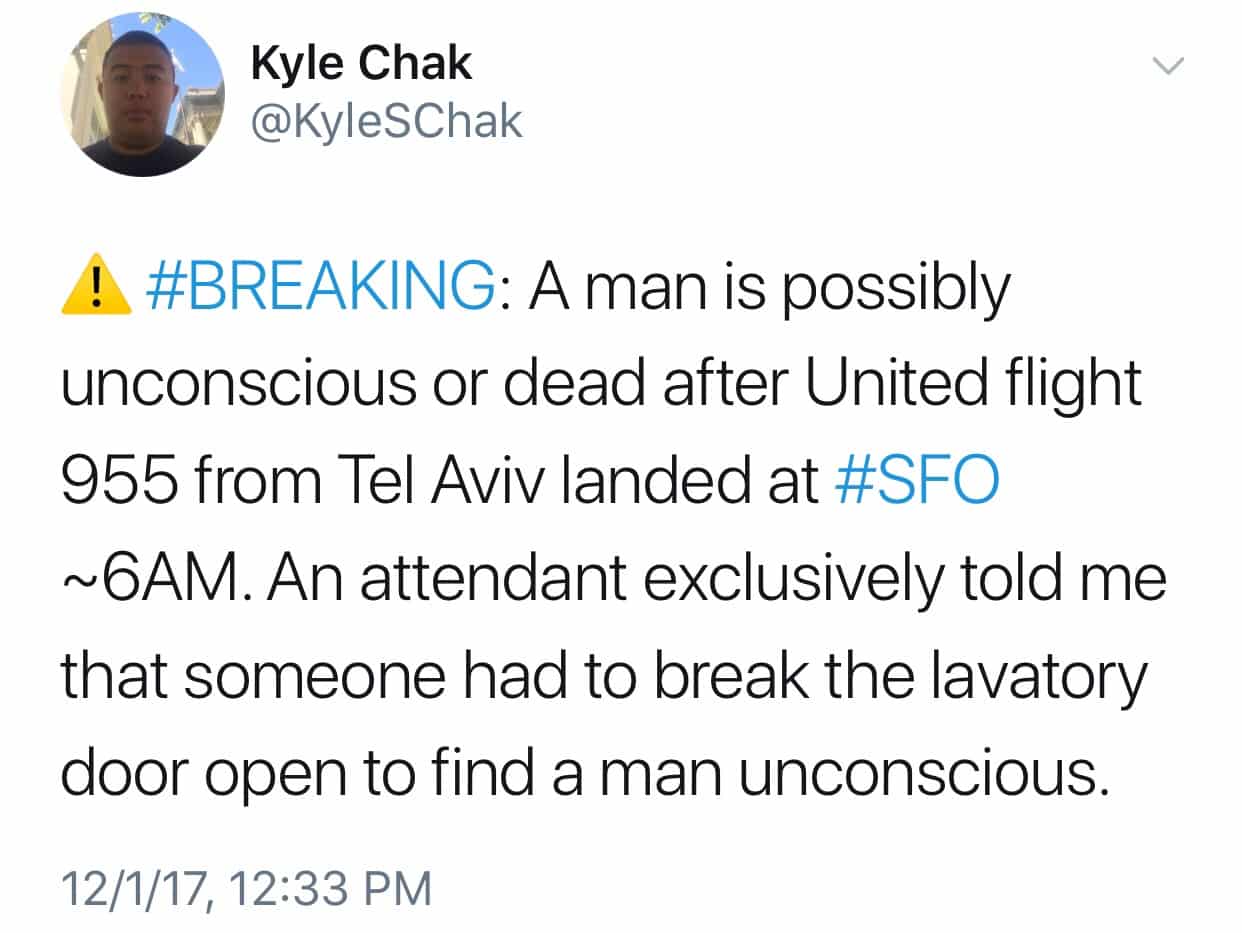 Witnesses say a flight attendant broke the door down and found the woman on the floor.

A United representative issued the following statement to YC:

Paramedics were called to meet United flight 955 from Tel Aviv at San Francisco International Airport to provide medical care to a customer, who has passed away. Our thoughts are with our customer’s family. 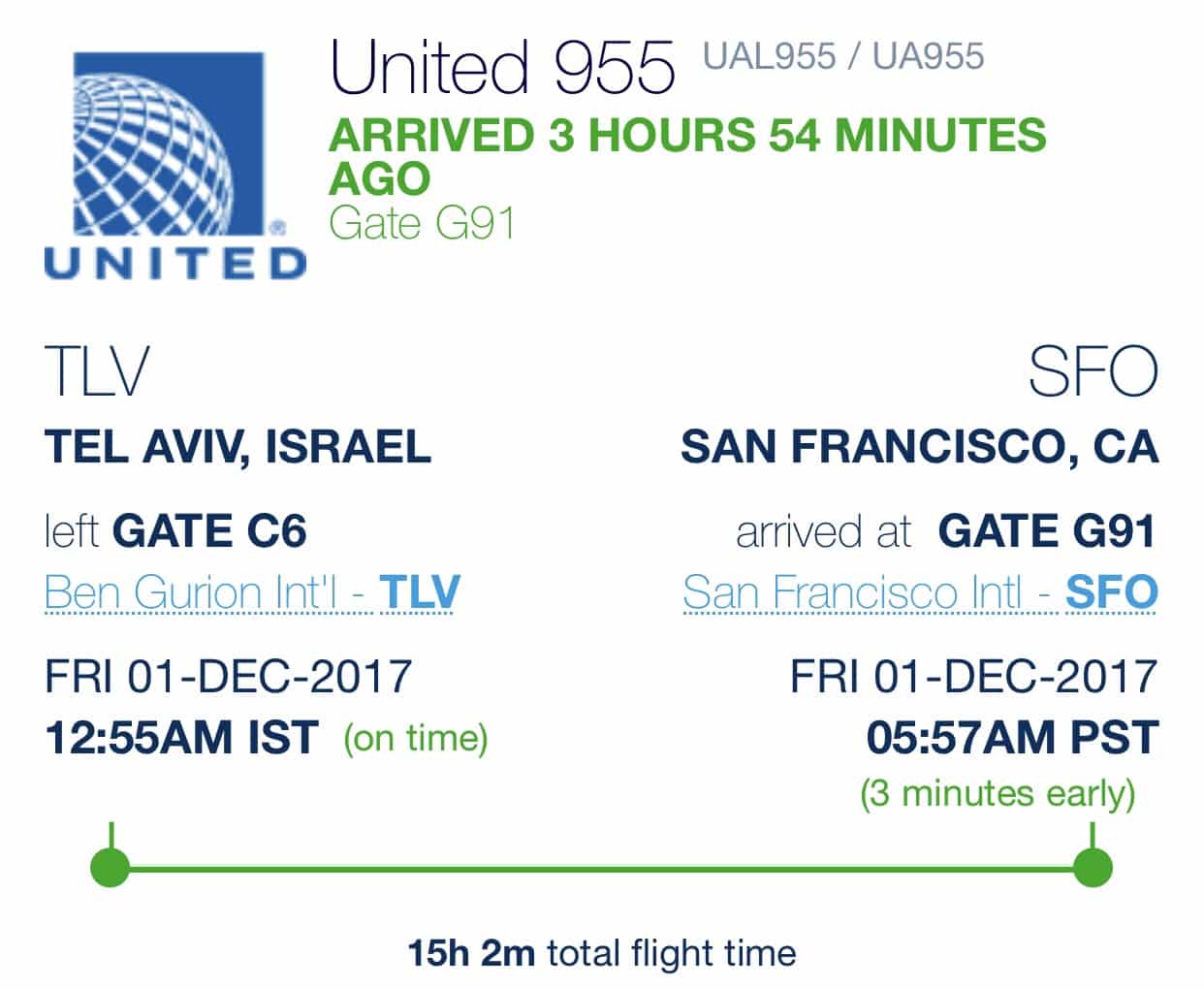 YC is the first to bring you this story.

We reached out to United and San Francisco International Airport for comment.