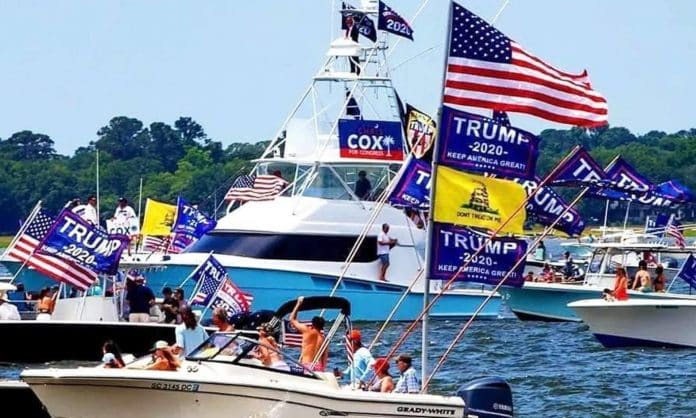 Several boats have sunk and multiple are ‘in distress’ at a Trump Boat Parade on Lake Travis, Texas, Your Content has learned.

The Travis County Sheriff’s Office on Saturday said it’s responding to ‘many boats in distress’ throughout the parade’s route, according to KVUE.

Organizers of the event had promoted the parade on Facebook, inviting boats of ‘all shapes and sizes’ to participate.