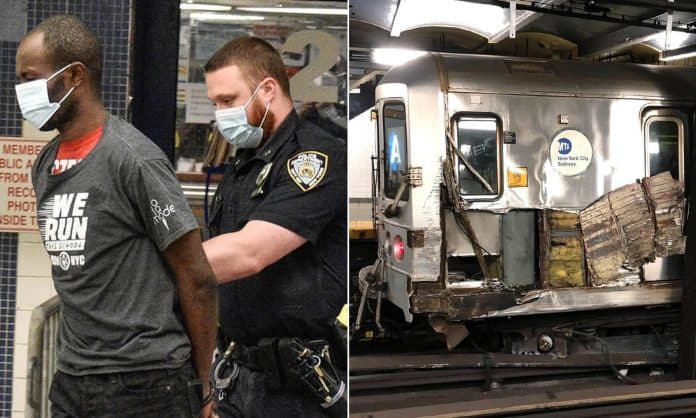 A Bronx man has been charged with criminal mischief after metal clamps were thrown on to New York subway tracks, causing a train to derail leaving injuring three people, Your Content can reveal.

The incident occurred in the West Village, as the uptown A train was entering the 14th St – Eighth Avenue station at 8:17 am.

The homeless man had found a pile of tie plates, which are normally used to secure the train tracks to the foundations, on a pile of construction materials at the 14th St. station, police sources told the New York Daily News.

He took the plates and put them on the tracks before the train came into the station.

When the train pulled in, three of the subway cars derailed – and the homeless man was seen laughing as the train swerved.

About 30 people were evacuated from the train, and they helped detain the homeless man – who was spotted celebrating his accomplishment.

He was arrested and taken away by police, who are yet to file charges.