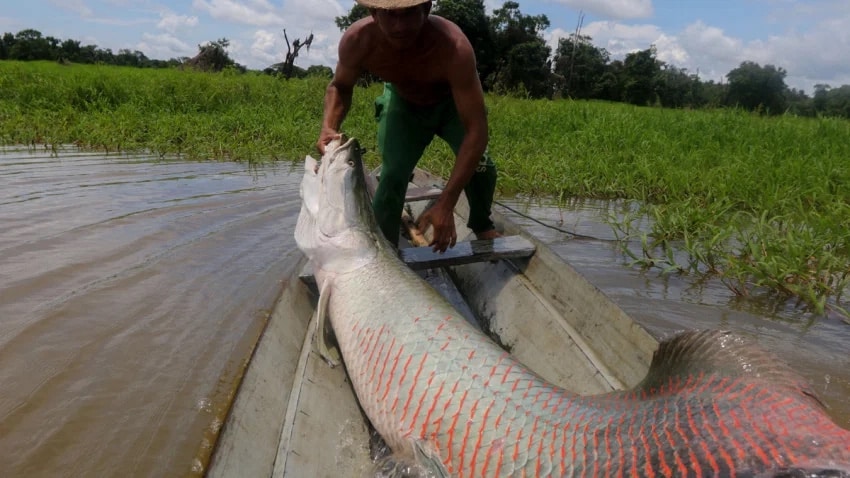 A fearsome new invasive predator has emerged in the state: the arapaima, a monster fish that can grow up to 10 feet long and weigh hundreds of pounds, Your Content has learned.

A dead one recently washed ashore in Cape Coral’s Jaycee Park along the Caloosahatchee River, which runs from Lake Okeechobee west to the Gulf of Mexico, reports NBC 6 South Florida.

The arapaima is native to the Amazon River in South America and is one of the world’s largest predatory fish. Its scales are said to be as impenetrable as armor.

The United States has offered temporary refuge to Myanmar nationals, citing coup violence, and Floridians should 'bid to house them.'
Read more