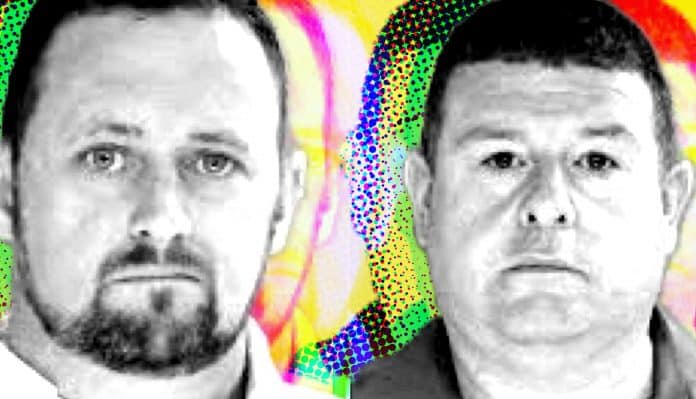 A dubious Delaware County-based construction company is under fire after the arrest of its two owners, Your Content has learned.

This Havertown-based business was active on construction projects throughout Delaware County and the tri-state area, including the Media Townhouse restaurant and the Tri-State Mall. In obtaining workers for these projects, the enterprise ignored state and federal employment regulations and misclassified the workers as independent subcontractors in violation of Pennsylvania’s Act 72, the Construction Misclassification Act of 2010. Two of those misclassified workers were critically injured in a construction accident and, as a result of the defendants’ criminal actions, are distinctly disadvantaged as compared to if they’d been properly classified and employed by an enterprise compliant with workplace regulations.

“Misclassification is one of the top concerns I hear from working Pennsylvanians, and when we see cases like this, we know why,” said Attorney General Shapiro. “When contractors misclassify workers, they are stealing on the hour, every hour. I commend District Attorney Stollsteimer for his partnership, and for giving these cases the attention they deserve.

Partnerships like these are why my office, for the first time in Pennsylvania history, has been able to investigate and hold companies who cheat Pennsylvania workers criminally accountable — and there will be more to come.”

“Earlier this year the Attorney General and I announced charges against another construction firm engaged in worker misclassification. Fortunately, in that case, there were no serious workplace injuries, and the consequences of those defendants’ actions were primarily of a financial nature,” DA Stollsteimer said. “In the course of this investigation, we determined that two of the misclassified employees were severely injured on a Mid Ulster Construction work site. It is a stark reminder of those who are truly harmed by unscrupulous employers: the workers themselves.”

“This prosecution is – tragically – an even more dramatic example of the consequences of worker misclassification. A young father has been in a coma with a catastrophic brain injury since December, 2020, and was recently moved to hospice care. This is truly a tragic outcome for him and his family,” said District Attorney Stollsteimer. “We cannot tolerate business practices that ignore the legal requirements for contractors and leave their workers vulnerable to this sort of tragedy,” he continued.

“I am extraordinarily proud of my office’s continued collaboration with the Attorney General’s Fair Labor Section in investigating and prosecuting violations of Act 72 in Delaware County. As I stated emphatically in February, the misclassification of employees as independent contractors harms everyone: the misclassified workers, who lose the rights and protections to which they are entitled; law-abiding contractors, who lose work to unscrupulous competitors illegally gaming the labor market; and lastly, the general public, which loses out on significant tax revenue,” District Attorney Stollsteimer stated. “We will continue to use Act 72 to take the fight for fair labor practices to Pennsylvania’s criminal courts. Rest assured that those who cheat employment requirements and exploit workers in Delaware County will be prosecuted,” said Stollsteimer.

Act 72, known as the Construction Workplace Misclassification Act, criminalizes the misclassification of employees as “subcontractors.” This law provides that independent contractors must be, as the name suggests, someone with his or her own business, performing work at an “arm’s-length” basis for contractual payment. Hourly-wage employees do not become “independent contractors” just because their employer chooses to characterize them as such.

This matters because misclassification hurts the employees in several important ways. They do not receive the benefit of their regular payroll tax deductions, their employers do not contribute the required share of Social Security payments on their behalf, and, as this tragic case shows, they are not fully covered by workplace insurance and are not protected when unsafe practices cause devastating injury or worse. The Commonwealth of Pennsylvania has recognized the importance of protecting hardworking people, and enacted this legislation to achieve that goal.”

“I want to commend Criminal Investigation Division Detective Michele Deery, who led this investigation, as well as the entire CID roster who pitched in to execute search warrants and interview dozens of witnesses. I want to recognize our CID accounting intern Anna Marino as well as Department of Homeland Security Special Agent Louise Kennedy and her colleague Brian Golden for their assistance with the data. I’m grateful to Deputy District Attorney Douglas Rhoads and Assistant District Attorney Elizabeth Schneider, Chief of the Economic Crimes Unit, for their oversight and guidance during the investigation,” said Stollsteimer. “In addition, I want to thank Attorney General Shapiro and Chief Deputy Attorney General Nancy Walker for their steadfast commitment to protecting the Commonwealth’s workers and their support in bringing today’s charges,” the District Attorney concluded.

The defendants were arraigned before Magisterial District Judge Wendy Roberts, who set bail for each at $200,000/10%, and imposed additional conditions to ensure that the defendants would not continue their unlawful labor practices as this case moves forward to resolution. A preliminary hearing has been scheduled for June 21, 2021, at 8:30 AM.

An arrest or criminal complaint is an accusation. A defendant is presumed innocent unless and until proven guilty.