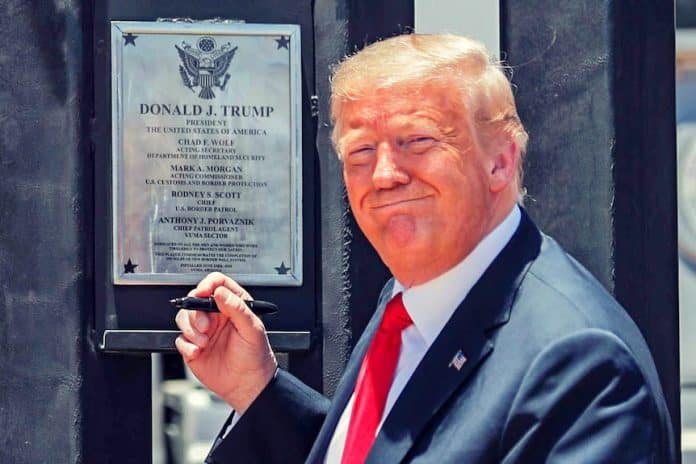 “After months of ignoring the crisis at the Southern Border, it is great that we got Kamala Harris to finally go and see the tremendous destruction and death that they’ve created—a direct result of Biden ending my very tough but fair Border policies.” Trump said in a statement.

“If Governor Abbott and I weren’t going there next week, she would have never gone!”

Trump issued the scolding statement shortly after the White House said VP Kamala Harris would travel to El Paso on Friday Jun. 25 to inspect the border.

“Vice President Harris will travel to El Paso, Texas on Friday, June 25. She will be accompanied by Department of Homeland Security Secretary Alejandro Mayorkas.” Senior Advisor and Chief Spokesperson Symone Sanders said Wednesday. “Earlier this year, the President asked the Vice President to oversee our diplomatic efforts to address the root causes of migration from El Salvador, Guatemala and Honduras.

“As a part of this ongoing work, the Vice President traveled to Guatemala and Mexico earlier this month and will travel to El Paso on Friday.”