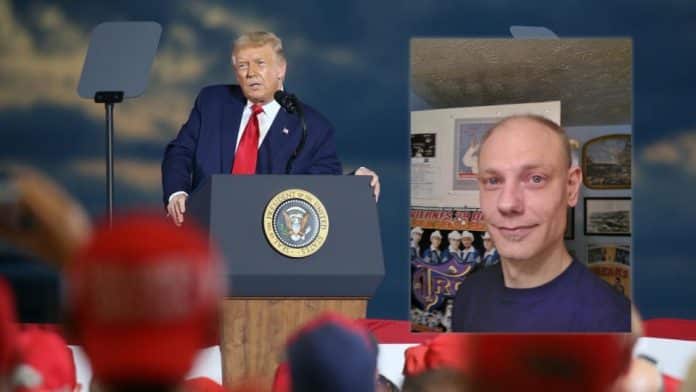 A President Trump supporter was gunned down and murdered in cold-blood during a caravan in downtown Portland Saturday night, and Your Content has learned the triggerman will soon be identified as 48-year-old Michael Forest Reinoehl.

It was not immediately clear how the shooting transpired, but two witnesses who asked not to be named said that a small group of people got into an argument with other people in a vehicle and someone opened fire, according to The New York Times, who broke the story.

“Every Revolution needs people that are willing and ready to fight. There are so many of us protesters that are just protesting without a clue of where that will lead.” Reinoehol, 48, wrote on Instagram.

“That’s just the beginning that’s where the fight starts. If that’s as far as you can take it thank you for your participation but please stand aside and support the ones that are willing to fight. I am 100% ANTIFA all the way!

“I am willing to fight for my brothers and sisters! Even if some of them are too ignorant to realize what antifa truly stands for. We do not want violence but we will not run from it either!”

Reinoehol goes on to say police ‘will be met with equal force’ if they ‘pick on and beat up innocent citizens.’

“If the police continue to pick on and beat up innocent citizens that are peacefully voicing their objections, it must be met with equal force! We are currently living through a crucial point in Humanities evolution.” Reinoehol revealed.

“We truly have an opportunity right now to fix everything. But it will be a fight like no other! It will be a war and like all wars there will be casualties. I was in the army and I hated it. I did not feel like fighting for them would ever be a good cause.

“Today’s protesters and antifa are my brothers in arms. This is a Cause to fight for This truly is fighting for my country! I have children that need to live in a world run by Common Sense and human decency.

“And I will do anything to make sure that happens. Now is the time to change the course of humanity. If we fold now just because they show some Force we will be lost for another hundred years. And I don’t think the planet will let us live that long if we don’t straighten shit up. Please be safe strong and United.”

As Your Content readers know, a supporter of President Trump was fatally shot as a caravan of Trump supporters drove through Portland