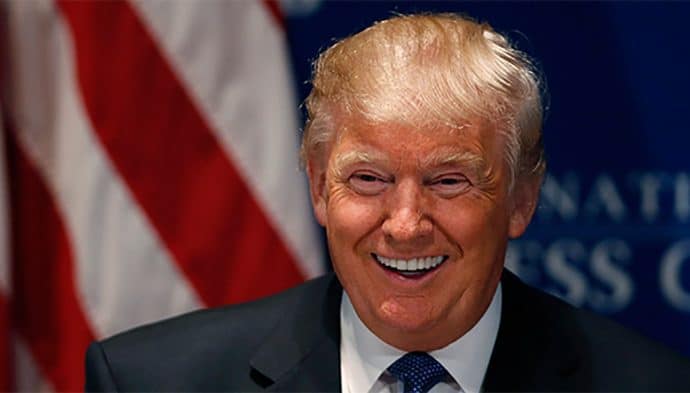 President Donald Trump took center stage in Nevada Saturday night where he held a rally — also known as a ‘peaceful protest’ — and revealed he will ‘negotiate’ a third term in the White House because he’s ‘entitled to it based on the way we were treated,’ Your Content can report.

“52 days from now we’re going to win Nevada, and we’re gonna win four more years in the White House,” he told a crowd of hundreds of supporters, most of them wearing face coverings of sorts while attempting to practice social distancing.

“And then after that, we’ll negotiate, right? Because we’re probably — based on the way we were treated — we are probably entitled to another four after that.”

Trump has repeatedly suggested that he wants to serve more than two terms in office, sending critics in a mental state of shock as they believe he isn’t joking about wanting to violate constitutional boundaries.

He made similar comments at a rally in Oshkosh, Wisconsin, last month, saying: ‘We are going to win four more years, and then after that, we’ll go for another four years because they spied on my campaign. We should get a redo of four years.’

But as Your Content readers know — and what the mainstream media failed to mention is in the past Trump confirmed that he’s only joking about trying to serve more than two terms.

“[Biden] is the worst candidate in the history of presidential politics. He doesn’t know he is alive,” Trump told the crowd at the Minden-Tahoe airport as smoke from wildfires one state over filled the air.

“We have a debate coming up in three weeks and here’s the problem. Winston Churchill was a great debater,” Trump said.

He said if Biden makes it to the debate and ‘if he gets off the stage they’re going to say it’s the single greatest debate they’ve ever seen. Winston Churchill was nothing compared to Sleepy Joe.’

Your donation is tax-deductible to the fullest extent of the law, and will appear as a charge to Original Media Group Corporation—the 501(c)(3) nonprofit organization created to publish Your Content. Our Federal Tax-ID is #82-5065513.