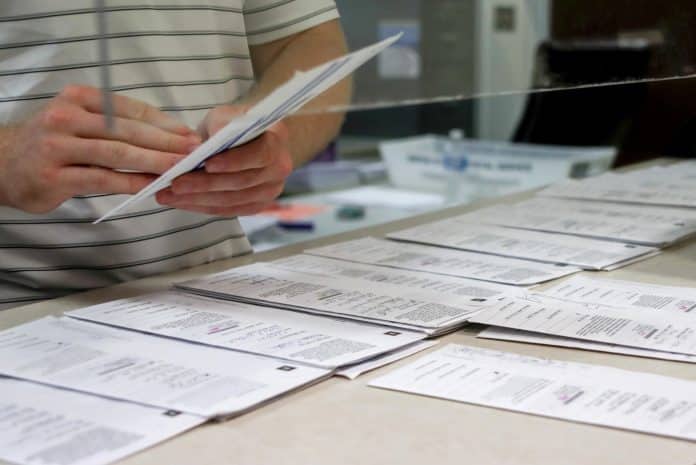 Lawmakers are concerned for conservative voters who are being turned away from polling stations due to a lack of Republican ballots, Your Content has learned.

“Be patient. If there’s a line, stay in it” he concluded.

As Your Content readers know, Republicans in Delaware County are stunned after being told they aren’t able to vote due to the shortage of Republican ballots.

“With polls still open for another hour, polling places in Thornbury, Media, Concord and Springfield have run out of Republican ballots (but not Democratic ballots).” a Facebook post by the Delco GOP reads.

“Some have been waiting hours for additional ballots that never arrived. Meanwhile precincts in Haverford, Ridley Park and others are on the verge of running out. With polls still open for another hour, countless local elections and the statewide ballots questions will be impacted.”

“I think it’s ridiculous. How can you run out of ballots?” Donna Huckenberry told NBC 8.

“I don’t know what would be so difficult to find out how many Republicans and Democrats are registered in the area and have that many ballots on hand,” Craig Abel said.

It’s not clear how many polling locations were impacted by the ballot shortage.

The Delaware County GOP added: “This is completely unacceptable and all Delaware County residents should demand that our County Council and those running our county election bureau are held accountable for disenfranchising Republican voters either intentionally or through ineptitude.”

“They call us crazy because we want to fix the voting laws in PA and safeguard elections, but get this: The machines were literally not scanning REPUBLICAN ballots throughout Fayette County today due to barcode printing errors.” Rep. Lewis wrote.

“This is not a conspiracy theory, this is what factually occurred today in an entire PA county. Thankfully they caught it and took action — a judge has granted an injunction requiring a hand vote count in these precincts.”

“Precincts across York, Lebanon and Delaware counties RAN OUT of GOP ballots today. They ran out. Officials did their best to rush new ballots to those precincts and an injunction was sought to extend voting hours until 10 pm. But this is mind blowing — they literally didn’t print enough GOP ballots! This comes after Gov. Wolf switched us to the paper ballot system with no valid justification, another reminder that there is genuinely no depth to the ineptitude of this administration.

“Enough is enough, PA. Every election official responsible for these errors all the way up the chain needs to be fired. Heads need to roll. And our voting laws need to be updated NOW.

“Here’s the solution: We can and will fix this by updating our election code and rectifying these issues so it’s 1) easy to vote and 2) hard to cheat. We have been drafting legislation in the State Government committee to restore and safeguard the integrity of our elections. And I better not hear a PEEP from “progressives” and bureaucrats in opposition when we introduce these bills. I’m beyond pissed off that election issues in PA are this blatant and yet voters who are being actively disenfranchised, discriminated against and turned away at the polls are still not taken seriously. This needs to be fixed NOW.”