Members of the Taliban told Your Content they received nearly $19 million from various governments today as they journey on a 747. 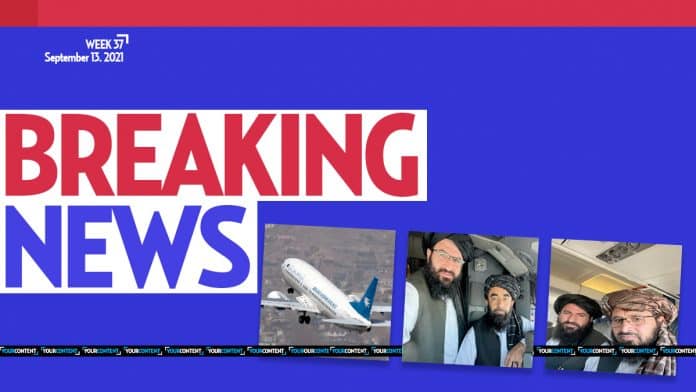 Members of the Taliban flew across Afghanistan in what they label their personal ‘Ariana Afghan Airlines’ commercial jetliner for the first time in 21 years, Your Content has exclusively learned. What’s more, the Taliban were gifted nearby $214 million from various countries—including the United States—in ‘humanitarian funds’ payable to the Taliban.

“Praise be to Allaah. After 21 years, we flew freely from the capital Kabul to Mazar-e-Sharif in Balkh province on our Ariana Afghan Airlines without any worries.” Ahmadullah Wasiq of the Taliban tweeted.

“There was a time when I was traveling from Helmand to Kandahar and I traveled for hours due to the presence of the invaders.”

Taliban spokesperson Ahmadullah Muttaqi told Your Content via Signal the flight marks the first journey since 1999 in fear of U.S. covert operations that zeroed in on the embattled terror group.

“We have successfully conducted the first flight from Kabul to Balkh. We could not have made it this far without the brave assistance from Japan, France, Germany, the United Nations and U.S., all of whom promised to provide humanitarian assistance totaling $19M USD in the first deposit with an additional $200M to follow from Japan.

“The U.S. would not have released him if he was as bad as your government claims.” Muttaqi told Your Content.

As Your Content was first to report on Sept. 10, the second in command of Taliban’s defense structure was labeled a warrior for making it out of America’s most fortified prison alive.

Fazl Mohammad Mazloom is a U.N.-sanctioned Taliban senior leader based in Qatar. During the September 11, 2001, attacks, Mazloom was the Taliban’s Deputy Minister of Defense and commander of all Taliban troops in northern Afghanistan.

Mazloom was captured by the anti-Taliban Northern Alliance in November 2001 and detained in the U.S. Guantanamo Bay detention center from January 2002 to May 2014.