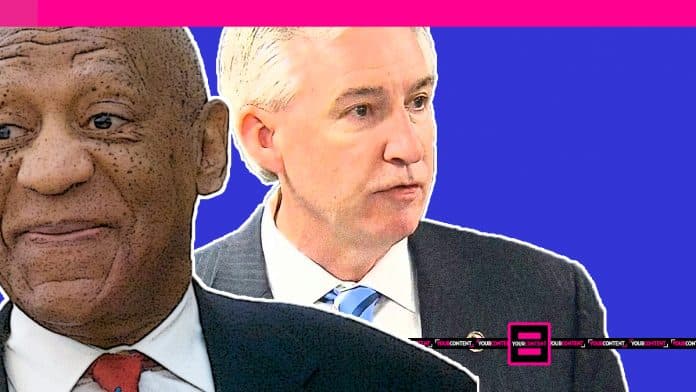 Bill Cosby was hit with six new summary offenses just days before the Pennsylvania Supreme Court is slated to decide if the comic had a fair trial—or if he’ll be released and ordered a new trial, Your Content is first to report.

The fines include ‘accumulation of brush and overgrowth of grass’ and ‘sanitation’ violations.

As Your Content readers know, officials from the Pennsylvania State Parole Board are outraged after comedian Bill Cosby refused to adhere to their demands that he admit to the crimes he’s currently appealing with the Pennsylvania Supreme Court.

The stunned parole profilers denied parole after the comic refused to take part in a state-mandated rehabilitation program for convicted ‘sexual predators’ since doing so would be an admission of guilt and derail the historic appeal pending before the Pennsylvania Supreme Court.

“He refused and told them innocent people don’t show remorse and accept fault for freedom,” an insider with the Pennsylvania Department of Corrections previously told Your Content under the condition of anonymity.

“He told them that standing his ground on innocence, is his freedom.”

The beloved actor was up for consideration after serving three years in Pennsylvania’s SCI Phoenix following his 2018 conviction for drugging and sexually assaulting Andrea Constand in 2004.

“The news that Actor and Comedian Bill Cosby’s parole has been “denied” by the Pennsylvania State Parole Board is not a surprise to Mr. Cosby, his family, his friends and/or his legal team.” Andrew Wyatt, Bill Cosby’s spokesperson and crisis manager, said in a statement Thursday.

“It was brought to our attention by Mr. Cosby that over the past months, members of the PA State Parole Board had met with him and empathically stated: ‘If he did not participate in SVP [Sexually Violent Predator] courses that his parole would be denied.’”

Wyatt added: “Mr. Cosby has vehemently proclaimed his innocence and continues to deny all allegations made against him, as being false, without the sheer evidence of any proof. Today, Mr. Cosby continues to remain hopeful that the Pennsylvania State Supreme Court will issue an opinion to vacate his conviction or warrant him a new trial.”

Cosby appeared before the State of Pennsylvania Parole Board on May 11 and the denial was issued following that interview.

The board members told him, ‘You need to participate in and complete additional institutional programs’ and stated that the reasons for their denial included ‘the negative recommendation made by the Department of Corrections [and] your failure to develop a parole release plan.’

Cosby’s appeal to the Supreme court was heard in December when his lawyers argued that Cosby’s ‘entire life’ was put on trial in what amounted to a series of ‘five mini trials’ that saw him suffer ‘unquantifiable prejudice.’

And they are reviewing his decision to allow the jury to hear unsubstantiated testimony from two-decade old depositions taken out of context at trial.

On Dec. 1–when it came to the Commonwealth’s rebuttal of the defense’s points of appeal attorney—Adrianne Jappe did not get through her opening comments before the judges began interrupting and interrogating her on the relevance of the five prior bad acts witnesses.