Tony Bobulinski said the material he has 'will bury' his associates, himself and 'Joe Biden and his family.' 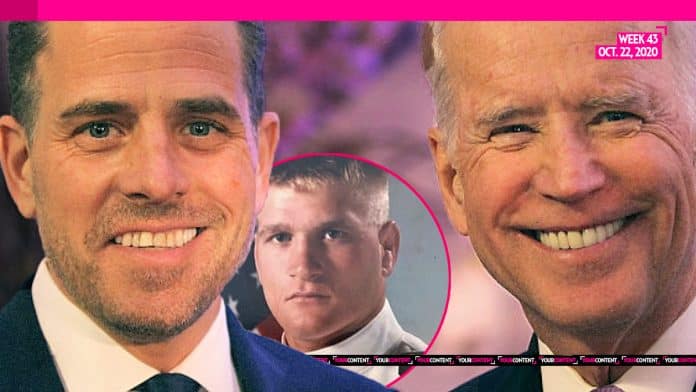 Tony Bobulinski will attend Thursday night’s debate as guest of President Trump and said the material he has ‘will bury’ his associates, himself and ‘Joe Biden and his family,’ Your Content has learned.

“I have heard Joe Biden say he never conducted business with Hunter, that is false,” Bobulinski said.

“Here are the facts I know — all of which are corroborated — and the American people can judge for themselves.

“I brought three phones that span the years 2015-2018. These phones have never been held by anyone else except myself. I was told this past Sunday by someone who is also involved in this matter if I went public with this information it would ‘bury all of us man, the Biden’s included.'”

“I was told Joe Biden’s involvement could not be in writing – only face-to-face.” Bobulinski said during the news conference.

“Tomorrow I will be meeting with the Senate committee members concerning this matter. And I will be providing the FBI the devices which contain the evidence corroborating what I have said, so I will not be taking any questions at this time.”

Bobulinski became an important figure ahead of the presidential elections in the US as he was identified as the recipient of an email in which Hunter Biden mentions “renumeration [sic] packages” linked to business in China. The email says that “10” will go to the Democratic nominee’s son for the “big guy.” The former Biden associate, who says he is a Democrat, confirmed earlier in the day that “the big guy” refers to Joe Biden.

Your Content readers were among the first to know that President Trump will be bringing Bobulinski to the presidential debate Wednesday night.